Even though my avatar is of Lotus racing cars, I’ve always been a Tifosi, but also a lover of Indy cars. Years ago I became interested in the prototype Indy car that Ferrari created back in 1986. The model 637.
I’ve spent a number of years searching for and collecting every photo of the car I could find in publications and online. I also was able to purchase the two Provence Moulage 1/43rd scale kits along the way. What I really wanted though was a 1/25th scale model, as that is the most popular scale for Indy cars. So, being a retired draftsman I sat down at the computer and with some help from a friend created some line work that would get me started on the path of a one off build. And then like so many projects, it sat on the back burner until a few months ago.
I’m a big admirer and customer of the kits from Silver City Models. I was of very minor help in a kit that Kevin Kuzman released a couple of years ago and it gave me to opportunity to get to know Kevin a bit. So, a few months ago I brought up the subject of the Ferrari 637 to him. Since I already had a pretty good basis with my line work for him to begin, he started getting more interested in the project. We’ve spent many a phone call talking about the car and getting the model as close to prototypical as possible.
Last week Kevin sent me these latest photos of his progress, and I’m just delighted with what he has created so far. I believe he’s working on the suspension right now and I’ve also talking with the graphic artist who is drawing up 3D plans for the very Ferrari typical, but unique wheels that will be part of this kit.
As of now, Kevin hopes to have this kit released around Christmas time. Price will be $115.00 plus shipping.
You can contact Kevin at silvercitymodels@comcast.net
You can also find a lot of his kits for sale on eBay.

Paul Erlendson
You do not have the required permissions to view the files attached to this post.

It is great news, I saw these on another forum and was very pleased to see. I’m very tempted to get one...I just the Australian dollar to improve quickly.
Cheers,
Shayne
http://motorsportmodeller.blogspot.com.au/

Thanks Paul. Gonna have to get one. Forza Ferrari!

Looking good. Let get on with a Lotus 96 as well

Nice..but unfortunately you have to double the price if the kit is to be shipped to Belgium.Customs and others taxes are ripping us of on any goods coming from outside the US...

Orso wrote:Looking good. Let get on with a Lotus 96 as well

A good response to this kit would open the doors to other rare IndyCars. Kevin has already done the 1990 Porsche and the 1990 Alfa IndyCars so he is no stranger to oddball cars from this era. 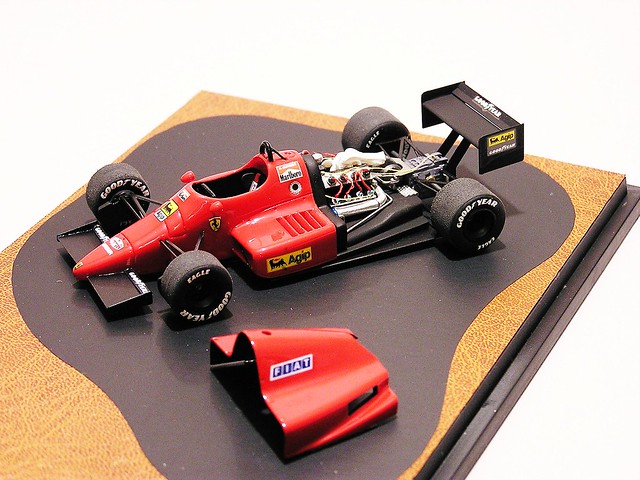 Kevin has an update that he posted on Open Wheel. The kit is available for preorder. Photos shown here: