What is the difference between Williams FW09 and FW09B?

Is it only sponsorship and rear wings? or is there any other main differences?

About the Kawai Honda Kit, I ve seen some people saying this kit is really terrible, do you think is possible to make a decent FW09 from this kit? I think I need to change the tires and wheels, but it is not a problem.

I have a market opportunity to get 2 kawai kits. Really cheap. One will come with decals to make FW09.

The other one there is no decals.

I think I have never seen kit built.

Is there any other possible easy conversion?

I want to hear you.

you pushed the record machine button!

THough you´ll find some lines by me on the quoted thread, I will tell here too.
1-The kit is not that bad in the areas where it has irreplaceable stuff.
2-Yes it needs a proper Honda V6, some good FW07 rear train and wheels from 97T
3-Yes and decals!!

but I do have them!
4-The kit "AS IS" is almost exactly as used on the Bands Hatch shake down
5-It's also quite similar to the first GP outing, though you should raise the cockpit edges
6-Already in Brazil 84, the (original) car had already received a "trimming cure" so nose is sharper, engine cover smoother...
7-The B version includes, mainly, sidpods with "bottle neck" shape. And yes, some serious sponsor variations. I have made decal sets for early and late 1984, too.
Surely if you decide a curbside model, you may overlook the engine and rear train and brakes repalecement. Life is full of things and maybe we should not lose time with a model that will look fine with just a wheel change.
The thing is that front suspension, as it tries to depict wishbone attachments "as real" has these features quite oversized.And the front section of chassis is metal, not easy to work with. So a repalcement with plastic panels should help. Let's call it "front fix"
BTW, forget (and forgive) the kit artbox. The drawing, apart from cheesy sponsors, depicts an early 1984 body, not what they offer.
So, assuming a "first aid pack" of replacing wheels+front fix easy options are:
1-Raise (easy) cockpit sides and use an '83 decal set to make the S. Africa debut car. it earned 1 point!

2- Do the same plus some nose trimming (not that easy) and use an early '84 decal set. Ah, and a rear wing with those add-ons. You can make Rosberg's third consecutive (first without being disqualified!!) 2nd place in Brazil. 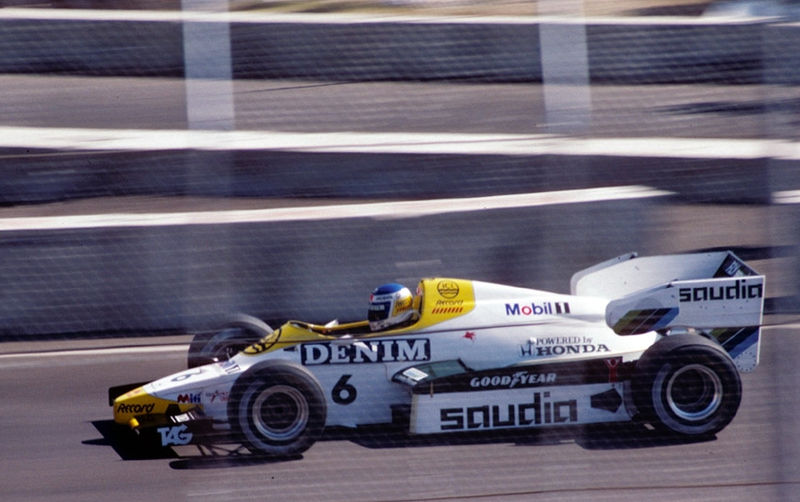 Later on they replaced the side Saudias with DENIM, then made the sidepod narrowing, plus wheelbase lengthening (important) so its maybe too much job.
I have a half done master made by myself for the late 84 car, but it's really far from being ready!!! as so many!

Hope this helps.
PS: As you might have guessed, I have all those decal sets available!

There are currently 13 users online.