OK! Ill try again to start and finish a WIP. Since a fellow member is considering it, I have decided to do it too. If he decides to take the plunge too, he’ll probably end up overtaking me. So it’s a good thing to start already.
I always had a soft spot for the FW09. It’s ugly as hell, but there lays its charm. When you decide you like it (and imagine me in 1984, with a couple of years of F1 experience), that means YOU DIG F1.

And that was the second F1 I tried on scratch. I remember myself, looking at the S.African GP GPI issue I had just bought, watching Piola’s drawings, and reading between lines the shape of an FW07 under all those lines and angles.
I took a Tamiya one (as if there wer another!!), chopped the fuel cell cover, the sidepods so I could bring radiators backwards, added some walls to the chassisand an upper structure, built a new fuel cell, and I made, with plaster (BTW a FANTASTIC product I wish they still made, called Plastibo) the nose, the straight and flat body section, around the remains of the 07 bodywork.
I had the cheekiness of making a V6 from a cossie, and a really nice rear wing I still keep.
I keep some pic of the car, gotta try to find it. Unfortunately, I scrapped the car as I was short of FW07s. Had I an FW09 alternative? Nope. Similarly I trashed a really nice Ty 012 I made. Sigh…
Meanwhile, as you all know, the infamous Kawai/Blue tank FW09 has appeared (long ago).
It’s a recurrent theme of concersation, good, bad, usable… I have seen some nice builds, but no WIP. So here we go.
I had a soft spot for the Brazil unit. It finished second with Keke (and at last, he was not disqualified!!), and had that yellow nose and windshield.
I still remember the GPI one-liner: “…Rosberg’s Williams, that now has a yellow nose and a water tank”.
Nevertheless I’ll go for the Dallas version. It’s a winner, and it keeps the long straight sidepods, and the “saudia” on them.
OK, then the plan is as follows:
Basicly my recipe for this one would be:
-Honda engine from a Williams FW11.
-rear train from an FW07
-Heavily modified chassis
-A Keke figure dressed in yellow!!!
-Modified front suspension with FW07 uprights
-8 spoke resin wheels (I think I can help there too)
And the body, slimmed nose, some plastering on the base of windshield (smoother in 1984), taller cockpit sides, new and repositioned front wings.

Looks like a lot, but it's all easy I'd say

Soon, pics with the stuff I’ll use
Thanks for looking and pointing at whatever you see worth mentioning, guys!
BR
James

James,
Looking forward to your build, I too have a soft spot for this ugly duckling. I think to me part of it is the last of the green and white Williams. Also I remember a Mobil1 advert circa 84/85 with Frank, showing off the Honda V6 of the FW09.

This was the advert: 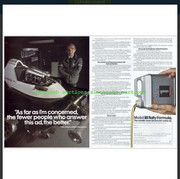 That sounds more and more tempting... to do something like this together.

I hope I can help you a bit with the construction James. I have not yet fully understood all the things, how you did them or want to do them again.

But I think pictures speak for themselves in the end!

I am definitely more motivated and hope we can do something really good.

I will follow intensely ... I have one to assemble and I have no courage to face it ...

subscribed, and looking forward to pictures

Good luck with your build.

We seems to have the same idea as I've found what's left of my KAWAI body in my stash, an old Tamiya FW07 engine with gearbox when I got back home, cleaned it up & intend to do the same.
But I will have to wait for my supplies, which are still in Dar es Salaam, to be delivered together with my personal belongings before I can actually start.

Cheers
Lee
You do not have the required permissions to view the files attached to this post.

Thanks Christian! Yes, it might be the fact that it was the last green/white. It was such a classy and nice livery, and quite original. The advert is great (we can see well the parts). Is there a bigger version?
Good if this inspires others.
Thomas, definitely let’s go for it. BTW, the idea was that this could be an open thread, like a small Group Build. I mean, if someone wants to post their build too, it would be quite nice. So Thomas you’re welcome! Yes, I mad a bit of a mess, but just told what I did as a prequel of what I’ll do this time.
@nsidias: that’s the idea, serving as an encouragement.
Jeff, you won’t be deceived (hmmm another Williams fan there, right?).
Lee, that looks fine. Pity you can not start right now, but who knows, you might add to the pack rather sooner than later.
As Darth Vader would say:
“We would be honored, if you’d join us” hhehe
OK, let’s start with the “turron” as we say here.
That’s what we start with! 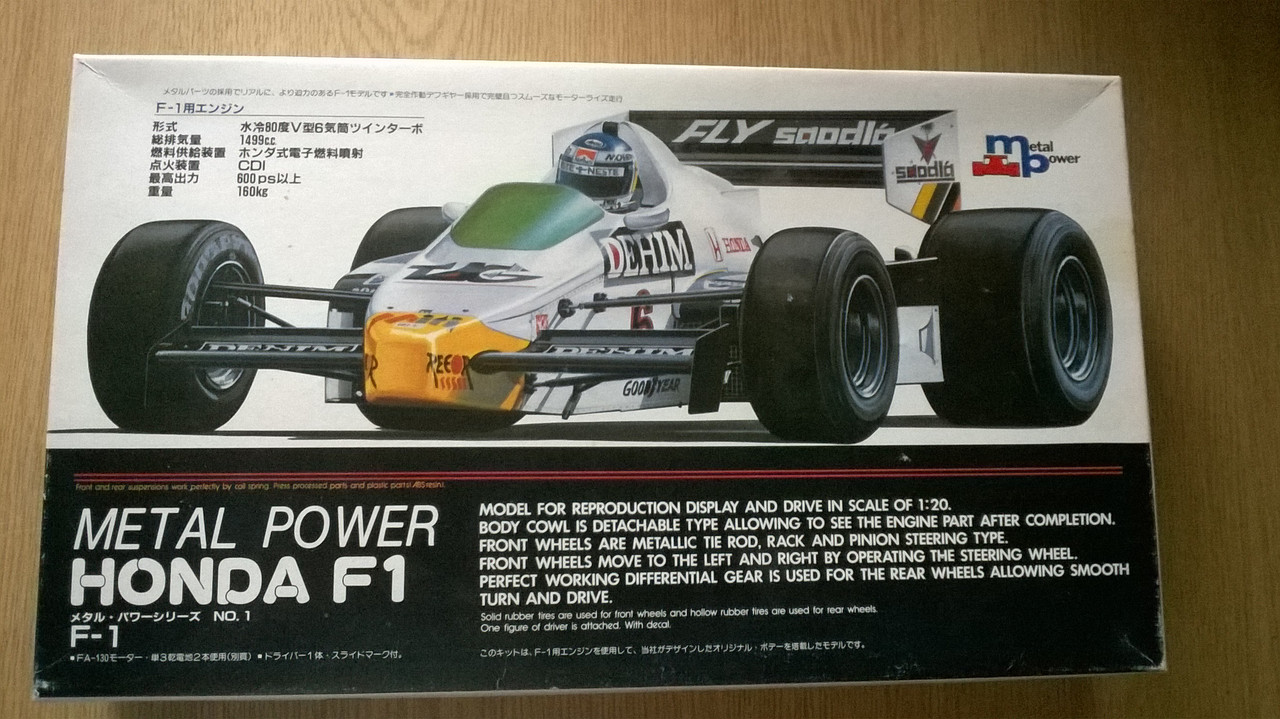 Yikes!! Some will say, but also Yum!! Probably, the second comes before, haha 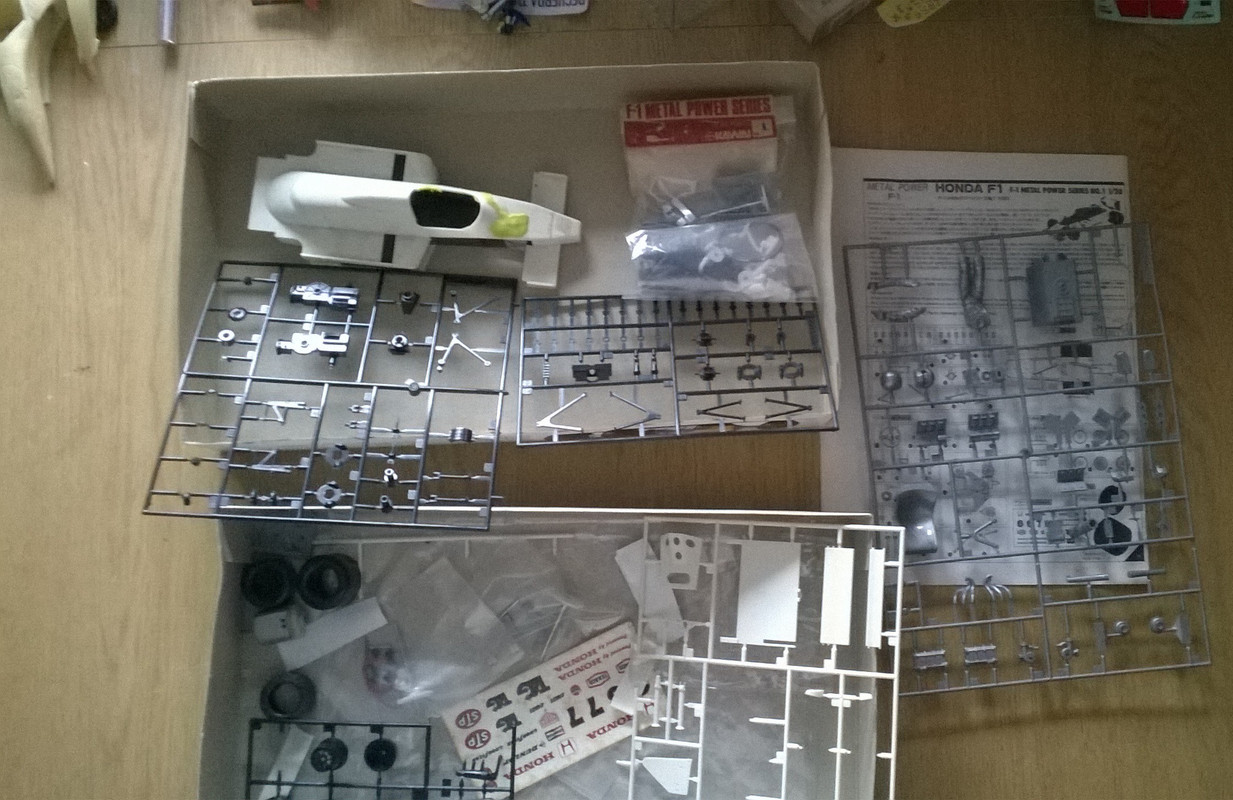 OK, we open the box and find this. I’ve started to put apart what I will probably not use. You may also see remains of plastiline testing body modifications... 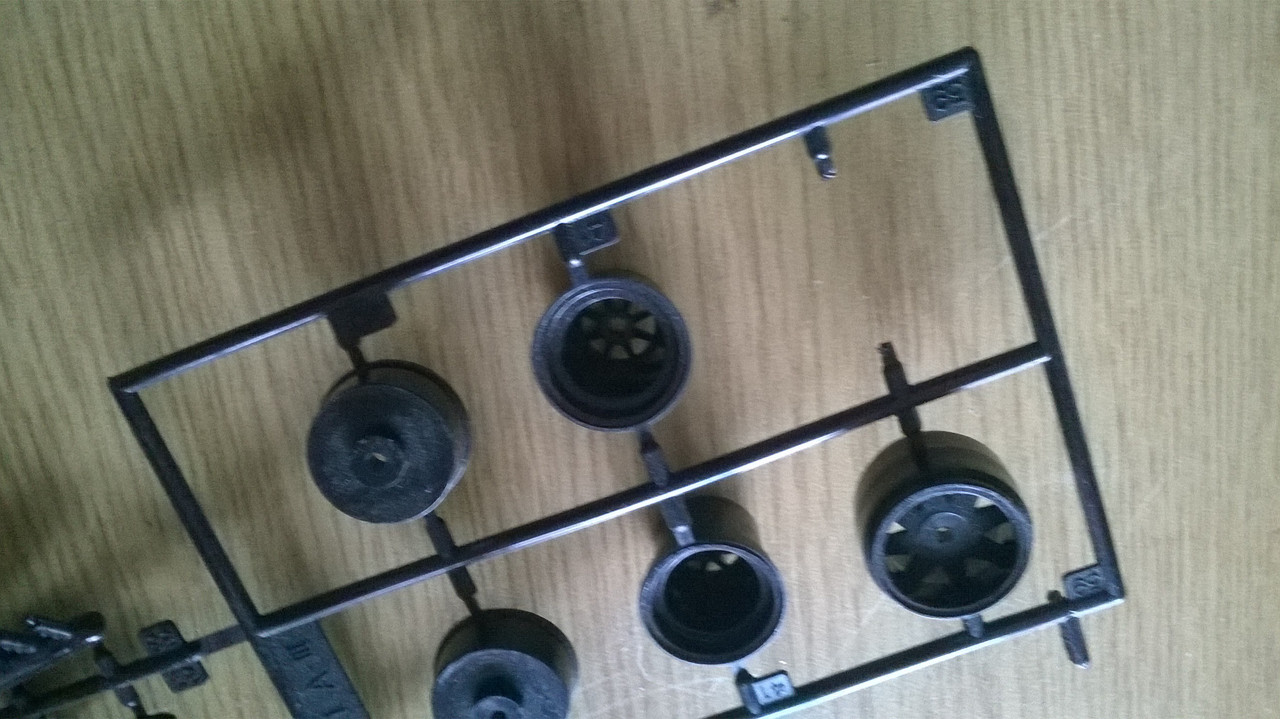 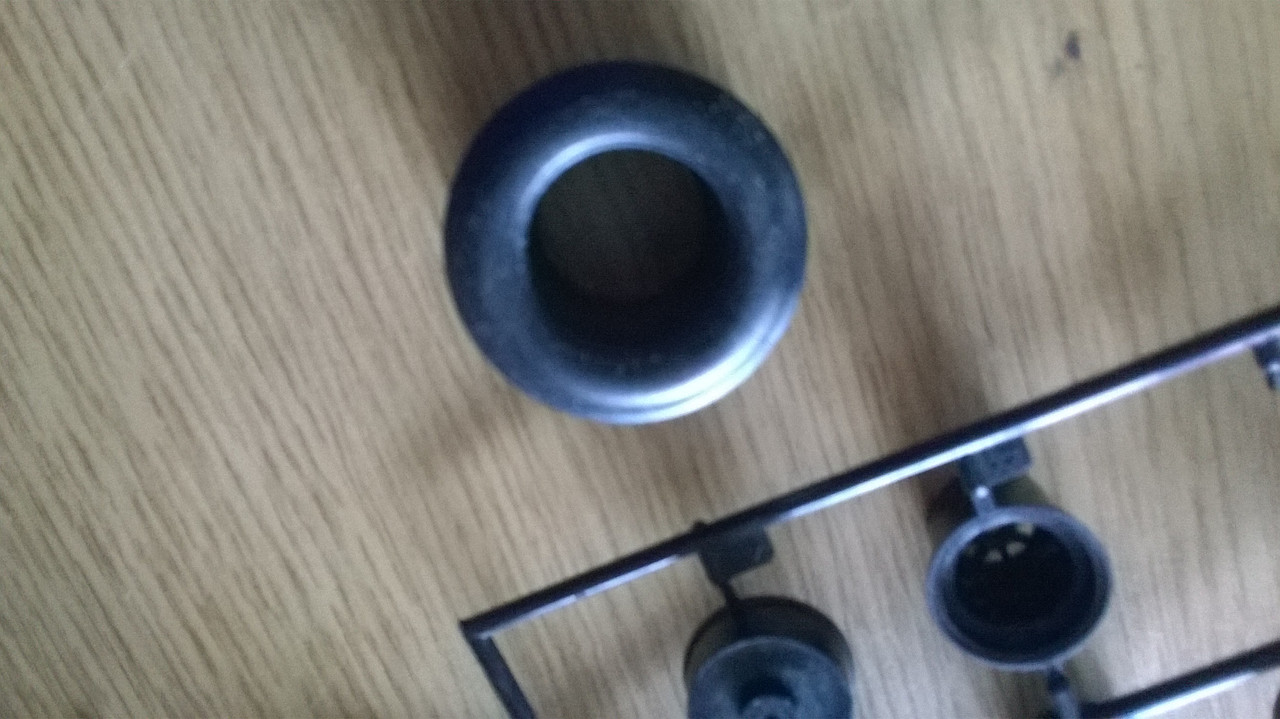 As you can see some parts are a joke. Maybe there was a time when we could kill for wheels like that, but in the era of resin replicas and with stuff such as the Fujimi Lotus wheels available, the cries out for a replacement 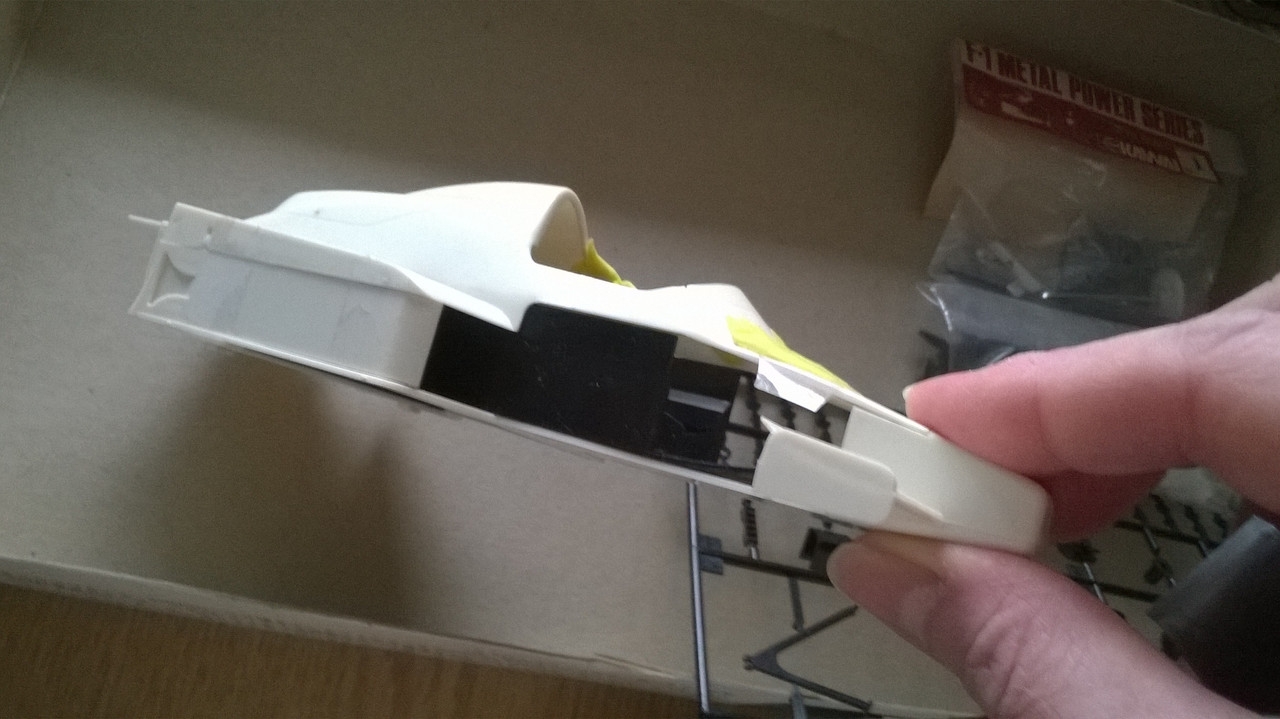 Here we dry test the fit of what we’ll keep. I won’t use the metal chassis cradle. It’s really bad and with plastic, I’ll be more free to add the suspension. 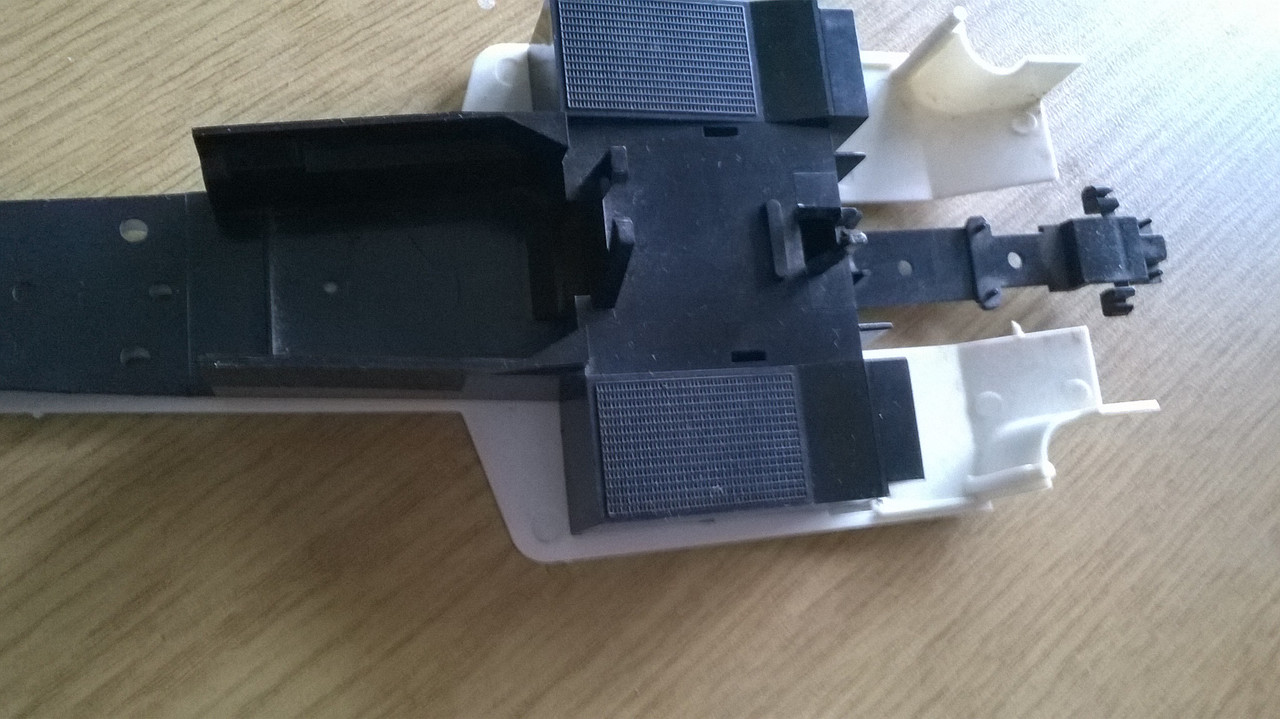 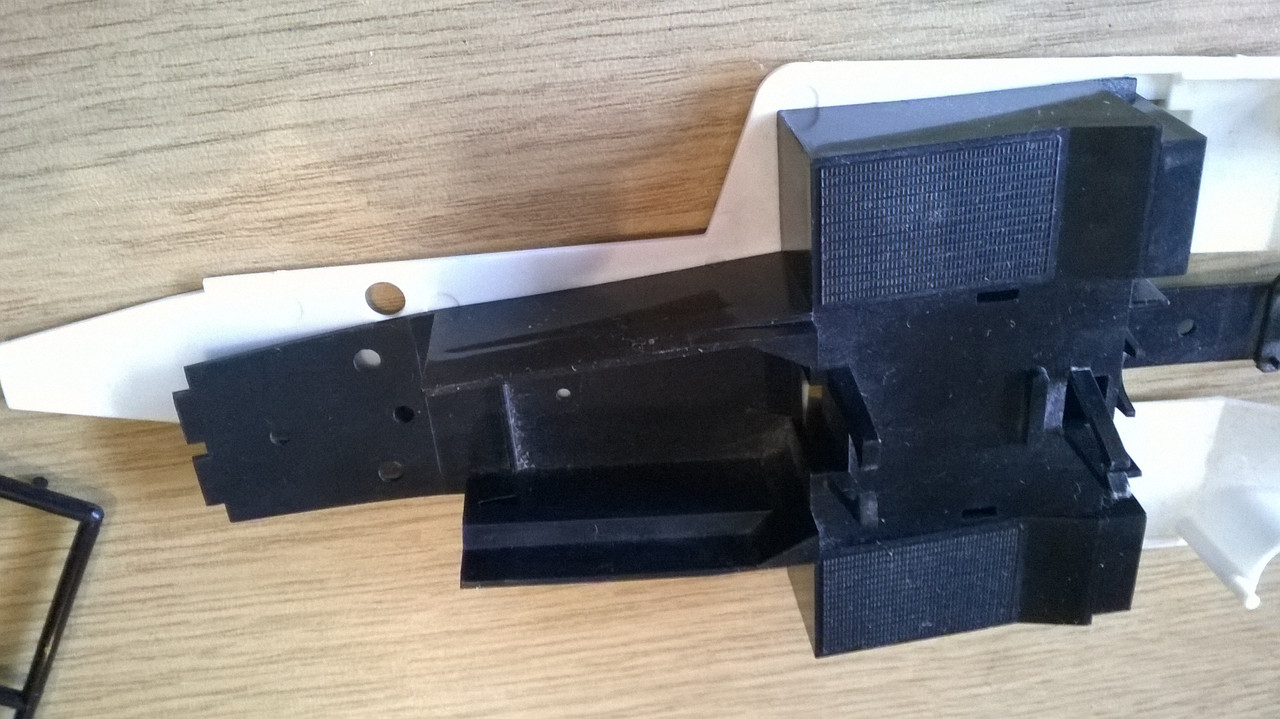 First problem: these radiators out of place to make room for the batteries. I’ll chop them and relocated. That will challenge the structural integrity of chassis. Initially wanted to replace it all. But as the fit at the cockpit area is good, I’ll rather try to keep it. 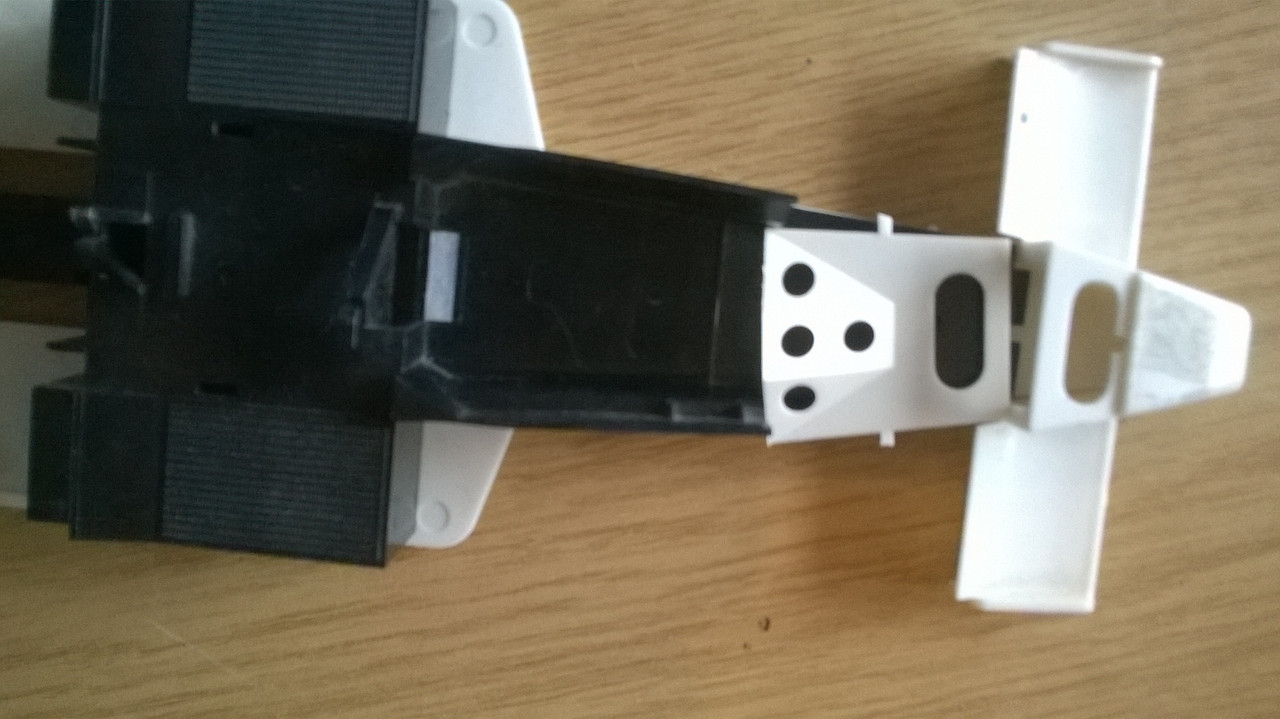 The upper structure is nice and will be kept. I tried to test fit and make the pic, but I just have two hands! 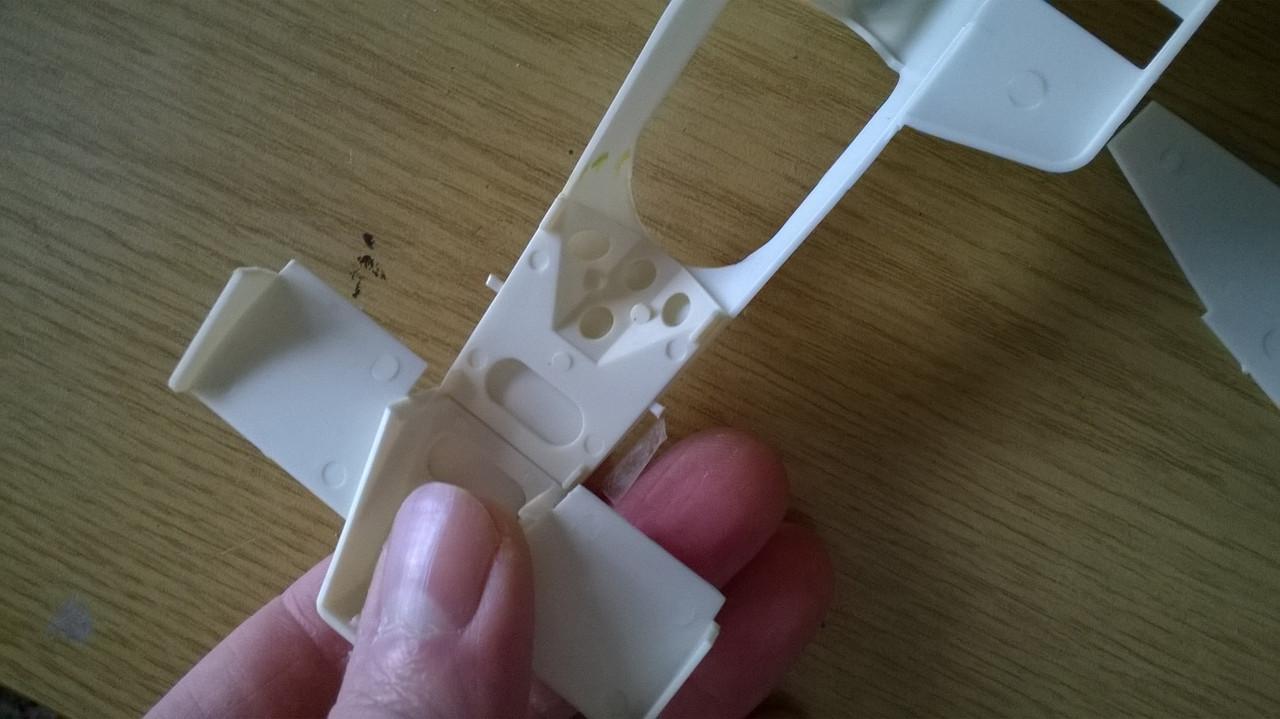 The fit of this part with body is good, so it’ll sit where its supposed to.
That’s all for now, soon pics with the added “goodies”
Thanks for looking and pointing at whatever you see worth mentioning, guys!
BR
James
PS: images are not visible right now, I don't understand as I just posted a pic on PJE's thread on the Ferrari 158.

James,
I couldn’t find another version of the Mobil1 advert online. I’ll see if I can find it in any of the digital versions of Motorsport magazine from the 80s that I’ve got. It was a popular advert in magazines like Car, What Car and Motorsport here in the UK around ‘84 to ‘85.
The start to your build looks great waiting to see this progress.

I hope I can get involved in construction/build as soon as possible.
I currently have a few other smaller projects (scratchbuilding/3d printing) and am currently also building the McLaren M7B. And the weather is just too nice to hide inside - even if it's a lot of fun, but mostly only in the evening.

There are currently 7 users online.