Hi folks,
This will be my most ambitious project yet. 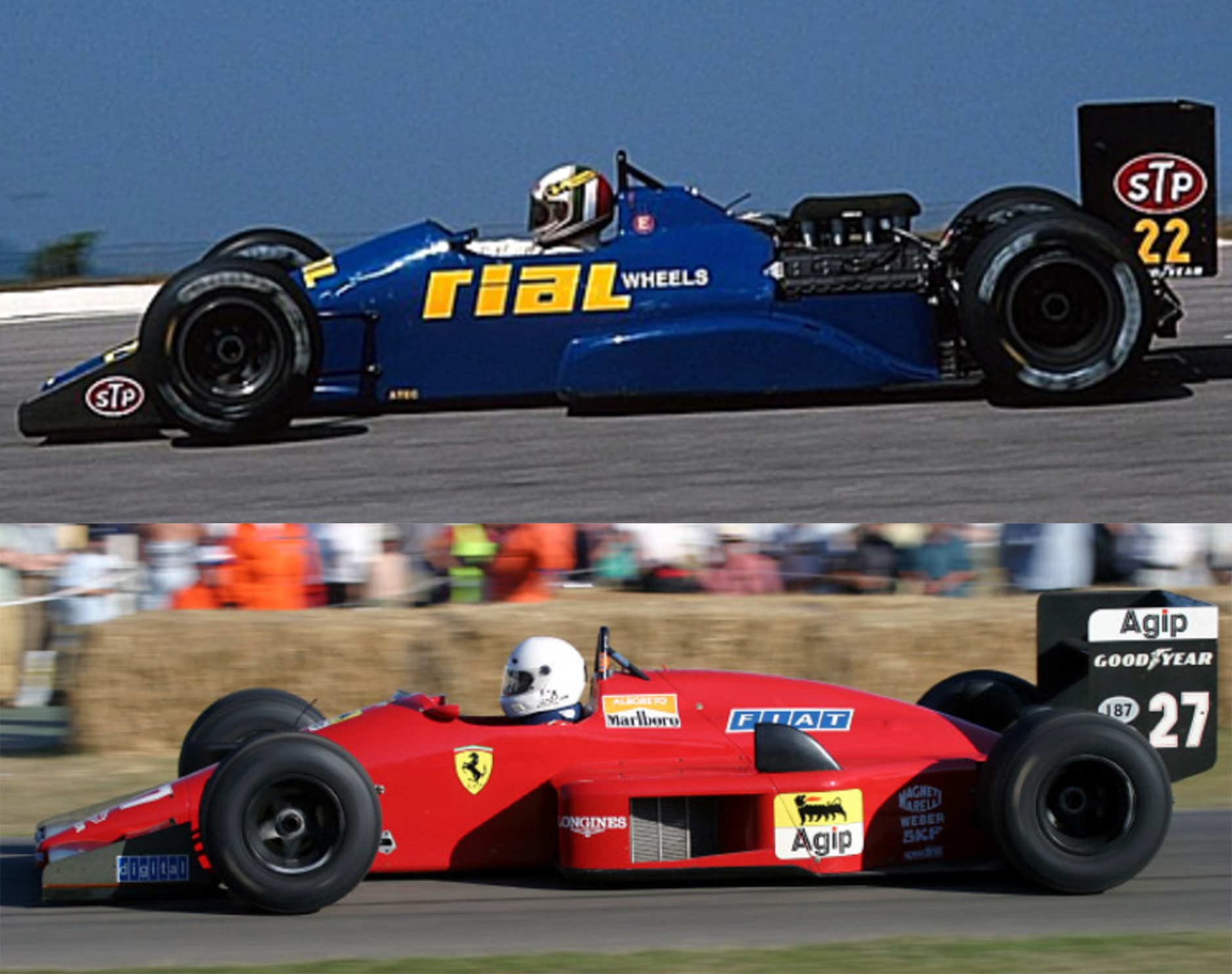 Having been a longtime follower of the great, dearly departed F1Rejects.com, I've had a fascination with the back of the grid. The Rial ARC1 was a halfway decent car, and managed to qualify for all 16 races with Andrea De Cesaris at the wheel. Gustav Brenner designed the ARC1, and it bared a strong resemblance to the Ferrari F1/87 Brenner designed the year before.

As we all know, kits of the cars that struggled to qualify are few and far between. But the Rial's similarities with the Ferrari are enough for me to try to convert the Protar 1/24 F1/87 kit. Like many midfielders, the Rial used a Cosworth DFZ engine. I've sourced a Ford DFR from a Modeler's 1/24 Tyrrell 019. 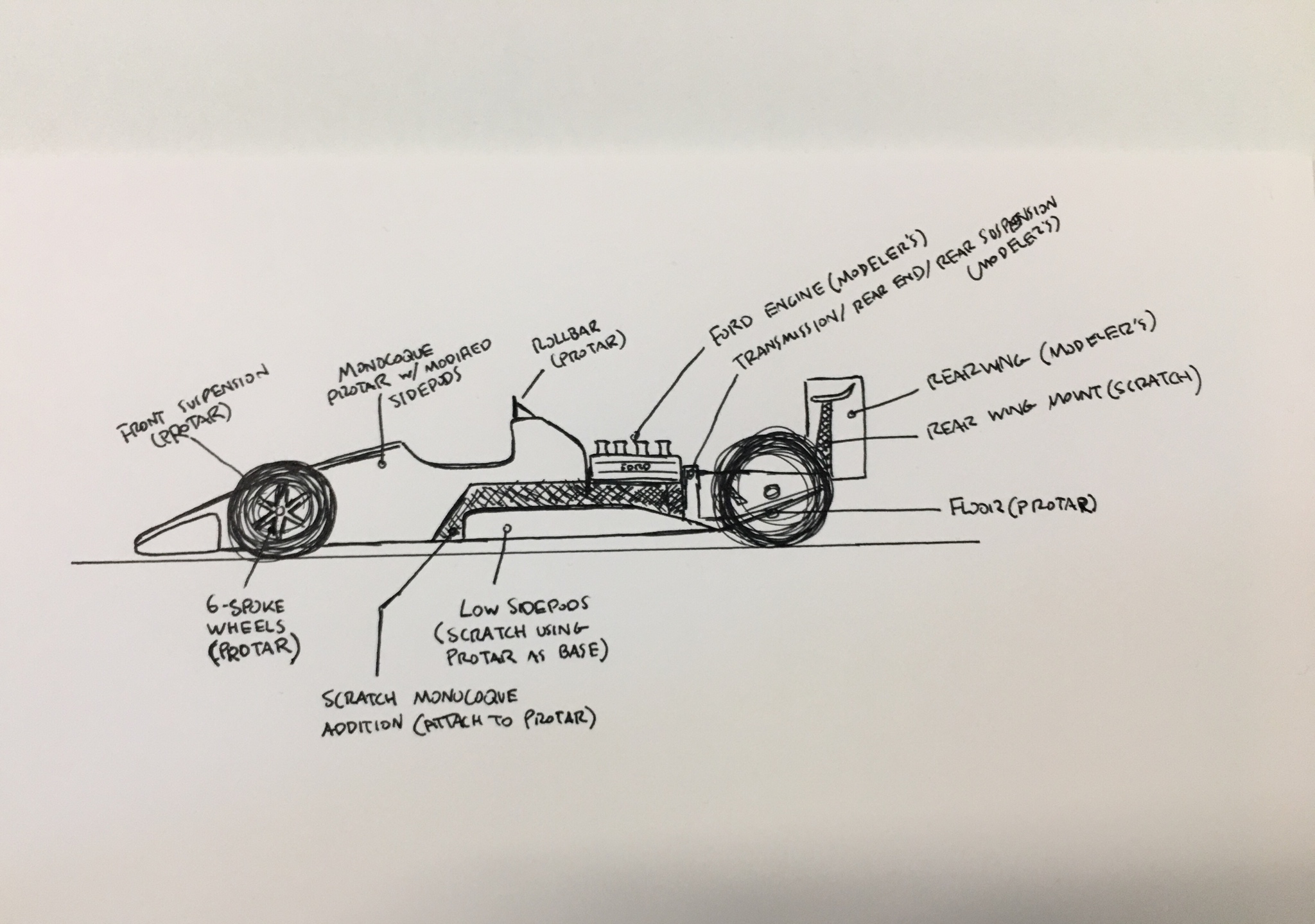 Here's my plan. The monocoque, front bodywork, front suspension, front wing, and cockpit will all be from the Protar kit. The mechanical bits from the firewall back will be from the Modeler's kit. They will mate to a Protar floor, as modifying it to fit the drivetrain will be easier than modifying the Modeler's floor to fit the monocoque. The biggest piece of modifying will be the sidepods, which are molded into the monocoque on the Protar kit. I'm also concerned with how the car will sit given the front and rear will use suspensions from different kits. 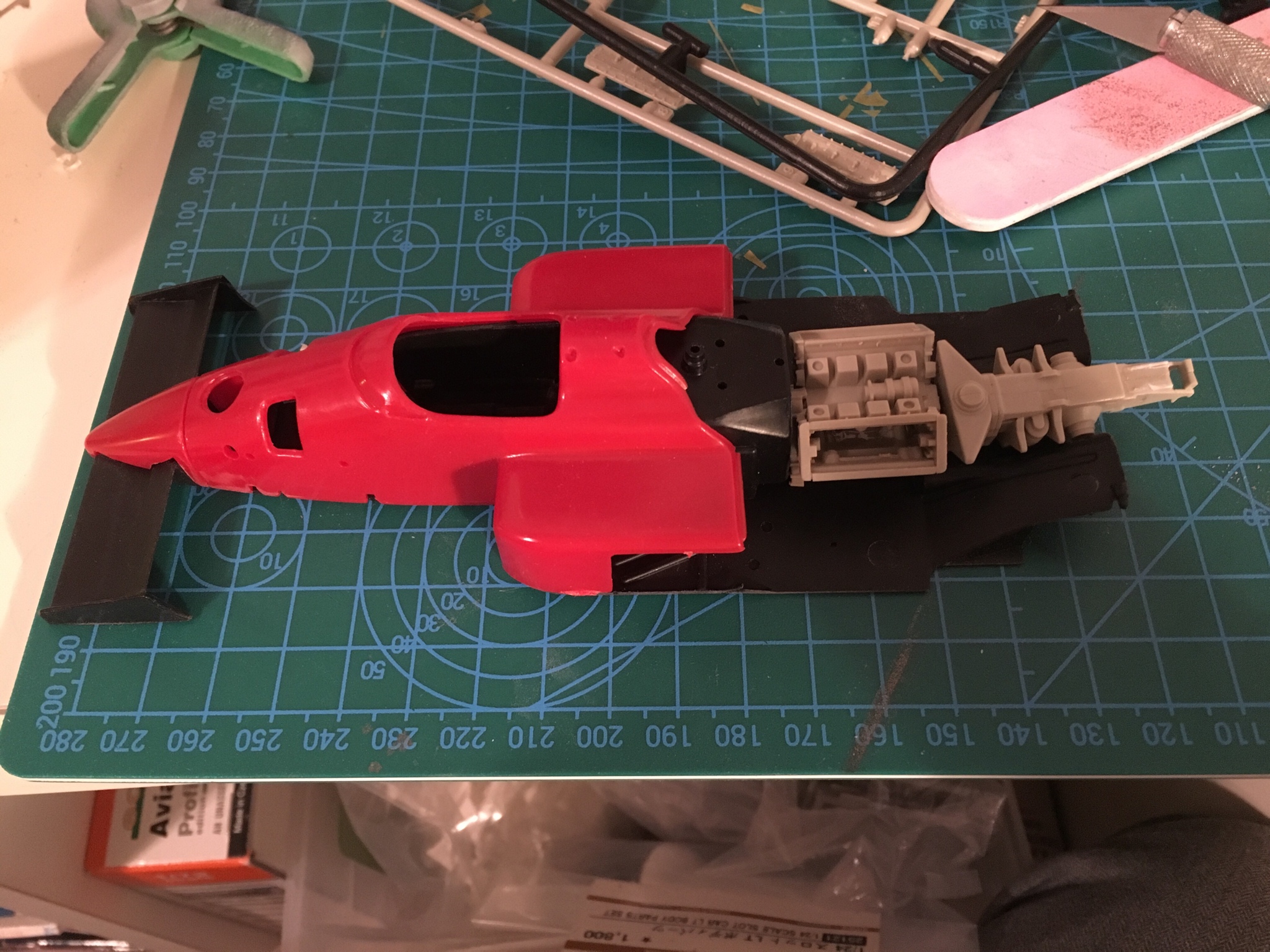 Here's the Protar monocoque, body, and floor mated to the Modeler's drivetrain. As you can see, the drivetrain sticks too far out of the back of the car. 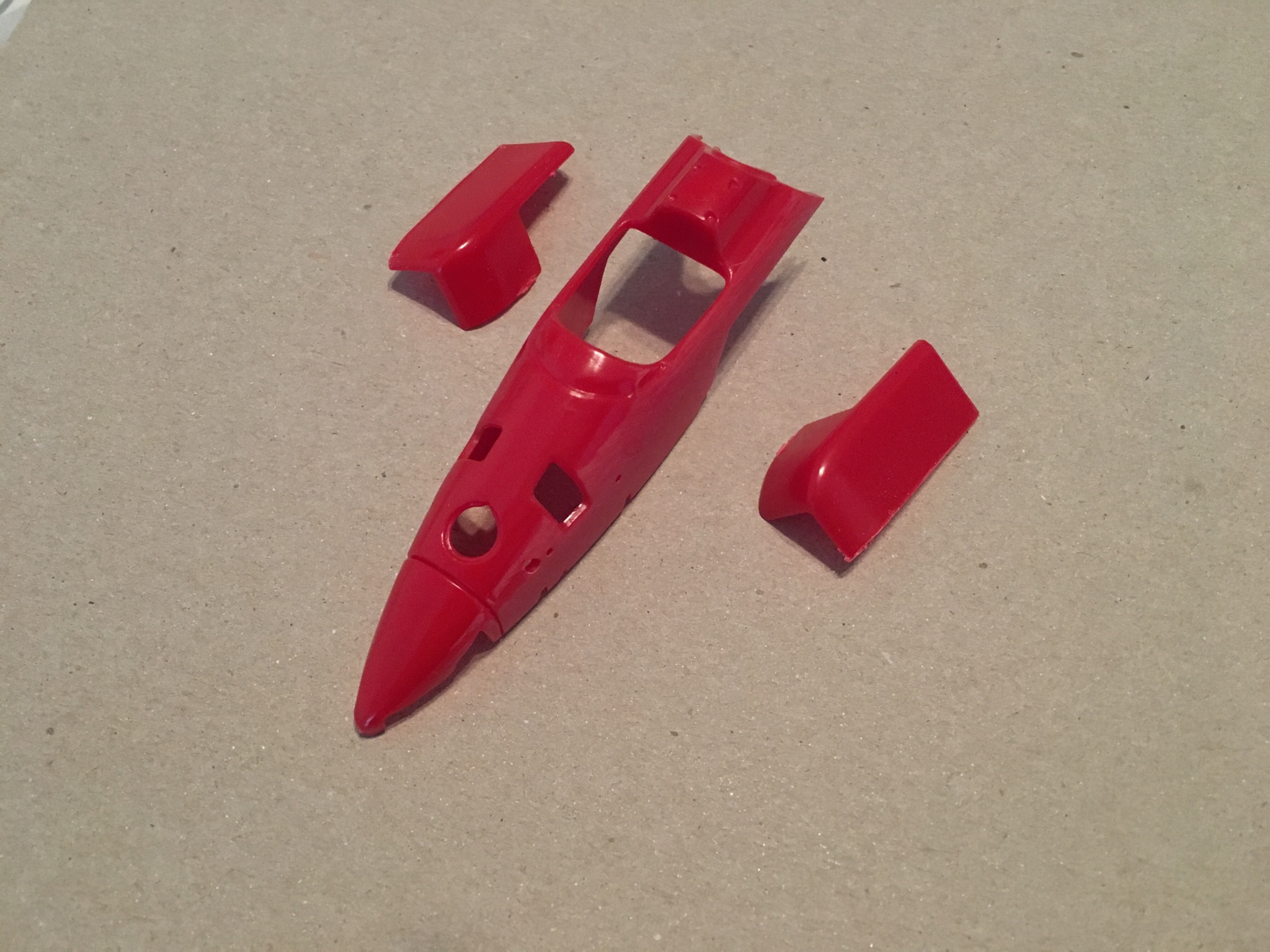 Before solving the drivetrain issue, I pulled out the jewelry saw and cut the sidepods off. I made sure to be careful while removing them, as I'll modify them to make the new sidepods. 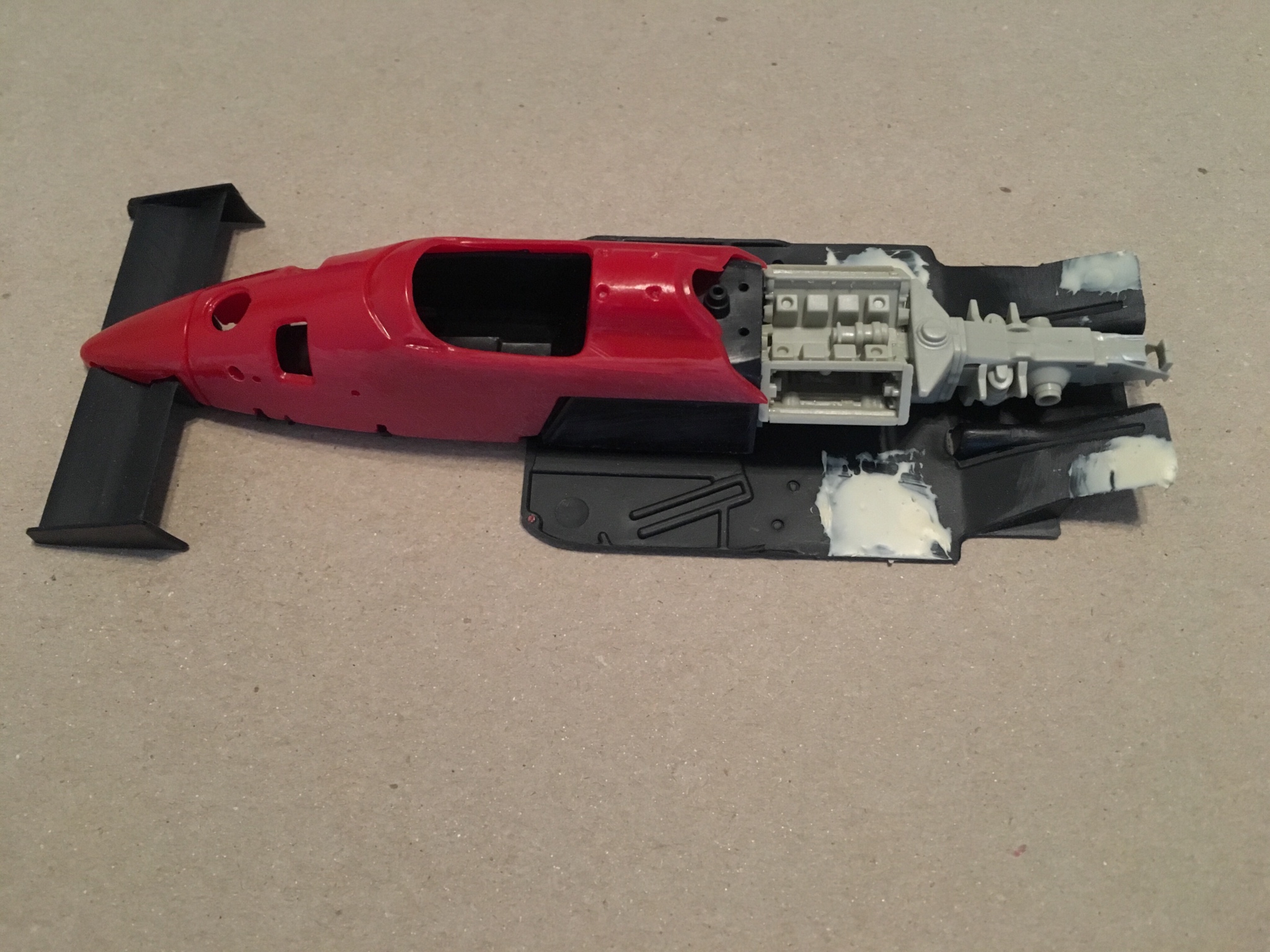 After the sidepod lobotomy, I cut down the back of the monocoque to get the drivetrain to fit properly.

Following with interest!
Those Frankestein type builds are the more fun to watch

The Rial is one of my favorite cars from the late 80's and I also have a Fujimi Ferrari lying around to be converted in a Rial someday in the distant future. I will closely follow your progress.

Stunning subject, I will follow this build very closely!
"In my days, the drivers used to go out after a race and chase girls. These days, they thank Vodafone" - Sir Stirling Moss

Very cool to see this being attempted!

you sir, have aroused my interest!

Very interesting subject. Watching this one.

Nice idea!
I remember this was suggested some years ago. The hawkeye measure spotter f1m team checked and indeed, the nose of the RIAL is a bit narrower at the front susension level, but surely disguised in blue and with proper modifications to sidepods, it'll make the trick.
Looing FWD to seeing it.
Go ahead!

There are currently 17 users online.